Here some examples of the services Integrated Consultants provides.

The manager of the world-renowned particle accelerator facility had a problem.
How do you fit a 30-foot heat exchanger into a 20-foot room?

The physical size of the heat exchangers used to super-cool the particle accelerator had become insufficient for the process. More advanced heat exchangers were commercially available, yet they simply could not fit into the facility.

Now he was faced with a difficult decision: should he build a new facility for the super-cooling process engine? Or, was there a better installation alternative?

Integrated Consultants was asked to analyze the problem. After our analysis, the most viable and cost-effective solution was to make adjustments to the current facility which would allow it to house the larger commercially-available heat exchanger. Then, we supervised the installation process, which involved removing the top of the building, to permit the huge device to be lowered into place, and then reattaching it.

"Integrated Consultants first identified and resolved immediate mechanical and control issues, and worked with our staff to recognize operating nuances so as to maintain consistent quality. Then, over the next several months, they designed and fabricated our next generation vulcanizer, incorporating innovative structural adjustments that were not previously available. The new machine has been reliable and is operator-and maintenance-friendly. Through these and other projects, Integrated has offered technical and hands-on experience that permeated our shop operations. - MECTROL CORPORATION"

The facility's problem was solved at a fraction of the cost they anticipated. 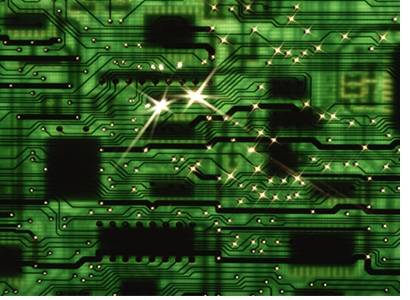 The president of the fabrication company was thrilled: he had just landed a contract with IBM, to produce high-performance motherboards. But then, reality sunk in.
The good news: We won the contract!
The bad news: It's gonna kill us!

The contract required gold-plating the entire outer layer, of the motherboards, by immersion in a solution of ionized gold. Now, as the company worked out the specifics of the production process, they realized that they had made a critical miscalculation; while they had accurately figured the cost of gold per board, they had overlooked the fact that simply filling the immersion tank with the gold solution would cost some $50-60,000. And that unforeseen cost was more than the profit on the entire contract.

They turned to Integrated Consultants. Our first line of attack was to reduce the volume, and therefore the cost, of solution needed. To accomplish this a custom immersion tank was designed, which allowed them to apply the gold plating with the required accuracy, but at a fraction of the cost. Then, other aspects of the fabrication process were enhanced; which involved both machine design and surface-mount technology to provide a better, more consistent end product at lower production cost.

"Due to superior quality requirements, we have gone beyond the design and engineering phase of supply. Inevitably, fabrication technique and quality assessment issues arose. The personnel of Integrated Consultants were able to identify producibility issues and proposed techniques to enhance the product fabrication cycle. Their ability to assess decisions based on resource requirements reinforced our business plan and ultimately helped drive revenue - solidifying our position as an innovative supplier of electronic apparatus. - REAL TIME DEVICES"

The conclusion? The fabricator earned a better profit on the contract than originally planned and IBM became a satisfied, repeat customer.

The call came from a manager within the Department of Energy. He was beside himself with frustration: one thousand units of a product had been built for him by contractors, adhering to strict standards. Half of the units were failing randomly while in storage. He needed Integrated Consultants to determine and rectify the problem.
Even the military and U.S. government need help sometimes.

We began by reviewing the product specifications, and then visiting the various suppliers in the production chain: material producers, material processors and component fabricators; each of whom were eager to suggest that the fault lay with someone else. Yet, after just a brief review, we were able to isolate the cause of the failure, and consistently reproduce it.

The fault lay with the production specifications: as part of the fabrication process, a spool of stainless was being re-rolled to reduce its thickness, then wound back onto the spool. However, as it was re-rolled, the inner most section of the spool was retaining excessive heat; this caused carbon to migrate out, reducing the quality of the steel and causing failures. We recommended an alternative manufacturing treatment which would eliminate the problem.

"The staff of Integrated Consultants brought practical solutions to each project assigned to the group. I was comfortable with the approach and progress offered to the laboratory, and had no problem assigning outwardly difficult tasks that required involvement with multiple vendors in several states. - FERMI LAB" 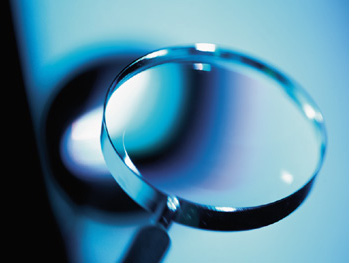 Understanding and complying with EPA, ASME and OSHA regulations can be difficult and costly. Yet, because of the safety requirements and severe fines at stake, fabrication companies are wise to fully apply these standards and requirements.
This ASME regulation means I'm facing almost $1 million in testing expenses - Or, am I?

For the nuclear facility, performing an ASME-mandated hydrostatic pressure test on the welds of an in-service process vessel looked to be a nightmare. The vessel was suspended some 65 feet in the air, with three input nozzles and three output nozzles that would have to be removed and capped in order to perform the test - then welded back in place. Cumbersome and time consuming, the test would also be costly, estimated at almost $1 million.

The facility retained Integrated Consultants to perform the required ASME certification of the vessel. Our analysis showed that the pressure test as mandated had inherent problems in this particular case: the welds required to reinstall the three nozzles after the tests were longer than the welds that were to be tested within the vessel itself. Thus, performing the test actually increased the risk of problems.

"Dave Aberizk from Integrated Consultants was a can-do guy to the moisture separator reheater group. Resolving obstacles eliminated the phrase, "its not possible" from his vocabulary. Attitude and ability helped resolve many difficult issues. - GENERAL ELECTRIC"

Integrated Consultants devised an alternative method for testing the welds, using x-rays and magna flux, and advocated this alternative testing approach with the ASME review board in New York, winning approval. As a result, the vessel required no disassembly and re-welding: The nuclear facility had the vessel back in service in a fraction of the time, at about one-quarter of the cost. 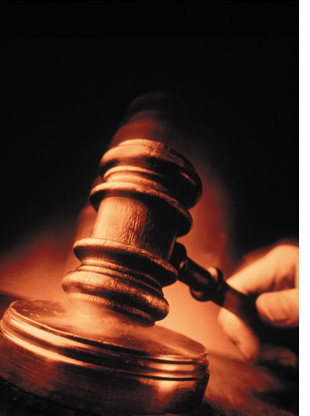 Raymond Arnold went to work that morning not knowing that his life would be changed forever. Just before lunchtime, an industrial accident on a high-speed fabrication machine would cost him the use of his right hand.
A search for the truth: the workplace injury.

Inevitably, the question arose: Who was at fault? Was it the manufacturer of the fabrication device Raymond was using? There was no guard or safety switch on the machine - perhaps there should have been.

Was it the employer's fault, for not training the machine operators about safe operating practices? Yet, the machine had a number of operators, and thus far none had been injured by this machine. Or, was it Raymond's own fault? Had he cut corners, failed to follow standard safety procedures as instructed?

Integrated Consultants was asked to provide an impartial opinion. We performed an exhaustive series of interviews, with Raymond and other operators of the machine, as well as Raymond's supervisor and representatives of the company who designed and marketed the machine. We analyzed the performance of the machine, alternative design and safety approaches.

"Integrated Consultants has investigated accident scenes, and conducted interviews with victims, witnesses and employers. Their research has required obtaining positions from specific professional societies and federal agencies, so as to arrive at an impartial conclusion based on forensic evidence, physical principles, and accepted engineering standards. I have been comfortable with their conclusions, and have successfully litigated those where the technical evidence supports further legal action. - PETER SOLOMON, ESQ"

Our opinion was that the machine designers had failed to anticipate the inherent risks of operating their machine. The expert testimony provided by Integrated Consultants was instrumental in the worker's case. The judgment was in favor of Raymond Arnold.